In construction, wood is a building product that is used every day – so much so that we may take it for granted.

Wood is the only major building material that grows naturally and is renewable. Lucky for us, it is readily available in Canada. Thirty-eight percent of Canada is covered by forest, which accounts for nine per cent of forests in the world.

In addition to contributing to our economy – $23.7 billion towards Canada’s gross domestic product with 204,555 directly employed in 2018 according to Natural Resources Canada – our forests play a significant role in sustainability. 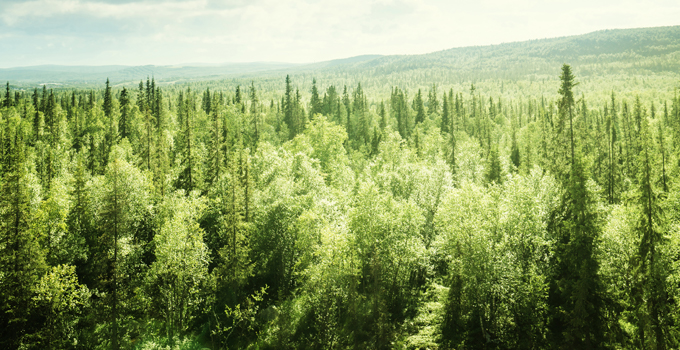 Natural carbon capture
Through photosynthesis, trees take in carbon dioxide and convert it into the sugars that help the tree grow. The carbon from these emissions remains in the wood, even after the tree is harvested. Trees and wood products can store carbon for decades and will only release it when they are burned or decompose.

According to the Canadian Wood Council, a cubic metre of wood represents almost one tonne of carbon dioxide removed from the atmosphere. The wood used to build the average single-family home in Canada stores almost 30 tonnes of carbon dioxide equivalent. Vancouver architect Michael Green is a proponent of wood and estimates a single 100,000-square-foot wood building is equivalent to taking 1,400 cars off the road.

The role forests play in climate change has also been recognized in the federal government’s Pan-Canadian Framework on Clean Growth and Climate Change. The framework recommends actions such as enhancing stored carbon in forests and the use of wood products in construction. 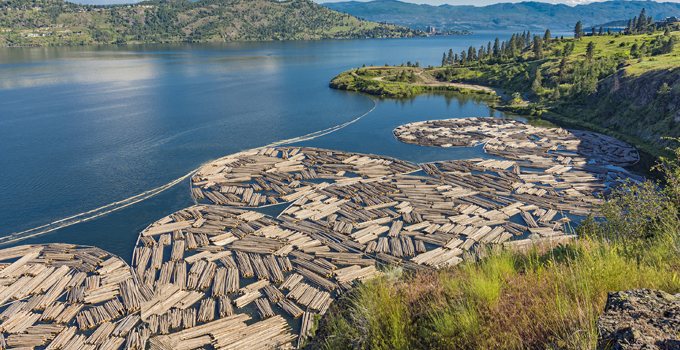 Responsible use of resources
Because of the important role of forests, deforestation around the world is a real concern. However, harvesting trees to produce wood and paper products shouldn’t be confused with deforestation, which is the permanent conversion of forested land to other land uses.

In The State of Canada’s Forests: Annual Report 2018, the federal government reports less than 0.5 per cent of Canada’s forest area was converted to other land uses between 1990 and 2016.

Each province and territory has standards and regulations that require companies to replace forests on public lands – on which 90 per cent of Canada’s forests are found. For example, West Fraser – which supplies dimensional lumber and specialty wood products to Co-op Home Centres – plants more than 60 million trees every year, which is about two trees for every one they harvest on average.

Most of the lumber available in Co-op Home Centres is sourced from sustainably managed forests in Canada. Nearly half of Canada’s forests are certified to third-party standards of sustainable forest management, which uses science-based principles to balance environmental, social and economic factors.

While forestry activities, forest fires and insect damage can still contribute to emissions, responsible management will ensure there are healthy forests for years to come.

So on your next home construction project, think of all the benefits associated with the lumber produced from our Western Canadian forests.