The hall in Demaine, Sask. – a close-knit hamlet 140 kilometres southwest of Saskatoon – is nearly as old as the community itself.

The original section of the hall built in 1923 still stands, but additions have expanded its size and function to accommodate the local celebrations and events over the years.

However Karen Baxter doesn’t think the exterior has been painted since the mid-1990s.

“We were in dire need of a paint job on the exterior,” said Baxter, the secretary-treasurer for the Demaine Community Club. “We’ve done renovations over the years, but money has really been tight for us.” 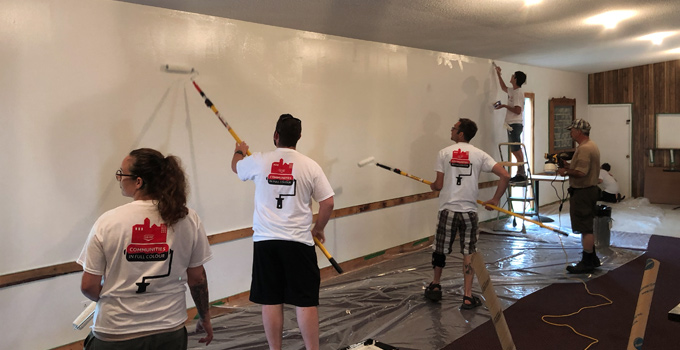 Although the facility hosts weddings, pig roasts, fundraisers – the community has raised more than $100,000 over the years for the provincial Kinsmen/Kinettes’ Telemiracle – and funerals, it’s not used as much as it used to be as the population declines. And Baxter said their own fundraisers are used to keep the utilities running.

With the hamlet’s centennial celebrations set for 2020, Baxter applied for a paint donation from Co-op’s Communities in Full Colour Program and was successful.

“Riverbend Co-op is part of almost all community events to some degree,” said General Manager Greg Sarvis, stating they provided more than $97,000 to community groups and events in 2018.

“We felt the Communities in Full Colour Program was a perfect fit to help the community look it’s brightest for the celebrations.”

Co-op donated 26 gallons of interior and exterior paint and paint supplies. Sarvis said they felt they should do more than this, so team members actually helped with painting as well.

On July 24, 40 people – including 10 volunteers from Co-op – worked together to paint the entire hall.

“That was quite the day,” Baxter recalled. “A big thunderstorm had just gone through. We were scheduled to start when the power went out.”

The crew started painting the inside with the help of local residents’ generators and moved outside after lunch, also supplied by Co-op. 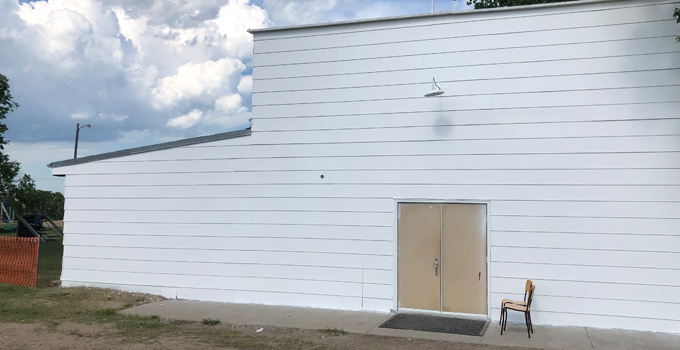 “Now that the inside’s been painted, we realized it was a little worse than we thought,” Baxter said.

With the addition of flowers, new front doors and a new sign, Baxter said they’ll have the building looking real sharp for next year’s festivities.

“I think it will make everyone even more proud of their community,” Sarvis said.

To learn more about the painting event, watch this video from Riverbend Co-op.