Patio season is here but your deck has seen better days. It’s time to take a closer look at it to see if it just needs a cosmetic facelift or if there are structural concerns to address.

“I think rotting is going to be the number one (concern), especially if you’re dealing with an old wooden deck,” said Joey Fletcher, one half of BroLaws Construction with his brother-in-law David Kenney.

“It’s one of the easiest things to see. The boards are rotting, they’re starting to decay and you can see through the deck boards.”

Fletcher and Kenney have been in the business for over a decade and have worked on screen and off in both interior and exterior renovations in the Greater Toronto Area. You may recognize them and their work from HGTV shows like Home to Win, Decked Out and Disaster Decks.

Fletcher said they would have to take down the whole deck half of the time on Disaster Decks because the same rot that was showing on top of the deck was in the foundation as well.

“It depends on what you’re dealing with once you get those deck boards off. If it was built properly, if it was pressure-treated wood, and it’s withstood the times, you can work around what you have.”

Kenney added there are specific products on the market that can be applied to joists before decking again to cover old screw holes. This prevents water from seeping in, forming ice or rotting the joists. 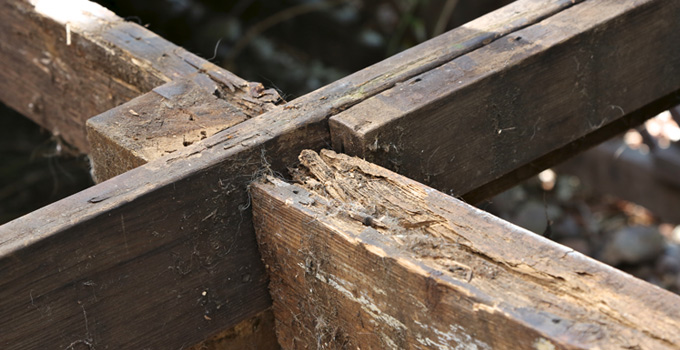 According to the BroLaws, a typical pressure-treated deck will last 15 to 20 years.

“Sometimes you don’t have a choice but to replace the whole thing, especially if the issue you’re running into has to do with the foundation of the deck,” Fletcher said.

Kenney said that there are often not enough footings and some that aren’t appropriate for local climates and geographies.

“Homeowners may use deck blocks instead of a proper concrete foundation or helical piles,” he said. “Deck blocks just shift, heave and move because of our winters.”

Even if you have a new home with a small, square builder-grade deck, Kenney said you’re not saving much money by trying to work around it. He suggests creating a deck and backyard design that incorporates a cooking area, a dining area and a lounge area. 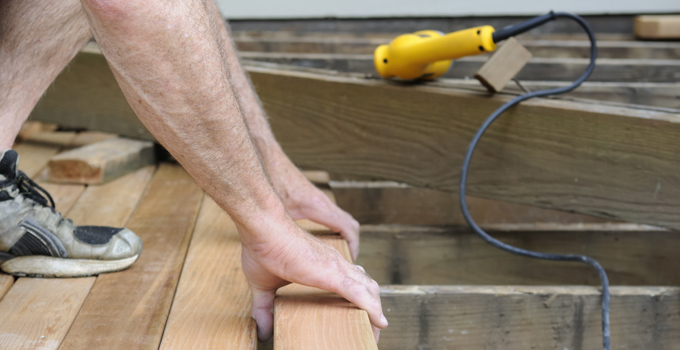 Whether upgrading or starting from scratch, there are more options than ever for your deck. Brown pressure-treated wood is becoming more common but there are also natural woods like cedar, PVC and capped composite.

Many railing products can be difficult for the average DIYer to use, but Regal Ideas’ and glass systems are easy to install.

“They’ve changed the game from a railing serving as a barrier to more of an element of your deck that can stand out and look nice,” said Kenney. 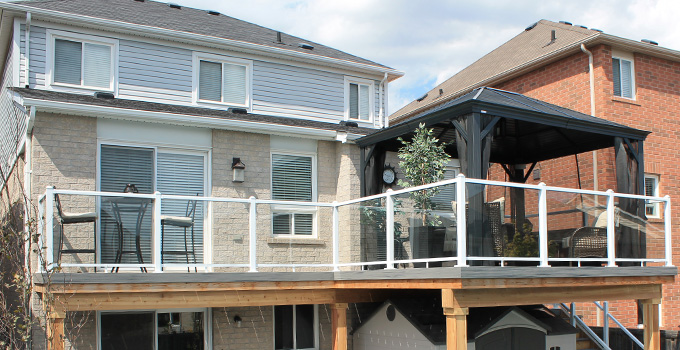 Fletcher said they like to preach about incorporating LED lights into designs as well.

“By the time you get into September or October, you’re getting home from work and it’s already going to be dark,” he said. “The ability to add lighting to your outdoor space really increases how long you can use it into a year and it creates a great atmosphere.” 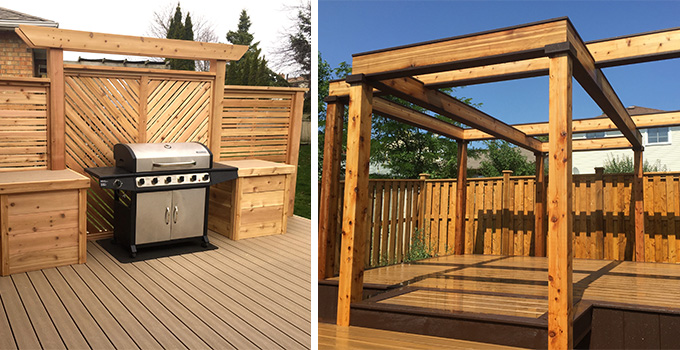 The have seen many decks over the years. The craziest, Fletcher said, have been wildly underbuilt, are hazardous and not even close to building codes – bench seating along the deck perimeter must have a proper backing barrier and cannot serve as a railing itself for example.

“I think the biggest thing is knowing your limits,” Fletcher said. “Know what you can do as a DIYer and don’t try to push yourself too far beyond that as you’re just going to create a bigger headache after the fact to fix what you attempted to do in the first place.”

“It’s like gambling, know your limit and play within it,” Kenney agreed.

If you do go ahead with a deck yourself, make sure you have all the correct information for your area on footing-depths, beam sizes, ledger boards and more. Visit your Co-op Home Centre and don’t forget to check local building codes for more details.